In the week of August 29 to September 3, the last week before the new academic year starts, the Intreeweek (introduction place) will take place. After two online and hybrid Intreeweeks, this edition will be completely offline again! As an experienced student, you can accompany a group of brand new freshmen during the Intreeweek in their first steps in the Amsterdam student life.

Apply for the Tesla Minor!

The Tesla minor, a program developed for and by master's students from the FNWI, is looking for new students! Are you a driven and enthusiastic student and are you interested in applying your academic skills outside of science in the form of a socially relevant assignment for an external client (government, business, NGO, etc.)? Then the Tesla minor might be just the thing for you! Application for Tesla 2023 closes on June 1, 2022. For more information, check out the website.

When we think of leaders, many of us typically associate this with an extroverted person that speaks confidently and assertively, likes to be the center of attention, and takes control. This results in the assumption that introverts cannot be good leaders. However, this stereotypical view incorrectly assumes that leadership is a trait that is inherently connected to a certain personality type rather than a process where relevant skills are developed, which results in bias against introverts in the work environment (e.g., hiring and promotion decisions). In fact, research has shown that introverts possess many personality traits and strengths that make them effective and successful leaders. In this journal club, we (host and participants) will explore why introverts can be excellent leaders, which challenges they face and how we, staff and students, can promote more diverse and inclusive leadership models.

The Bit Academy is looking for developers and data engineers (in training)! 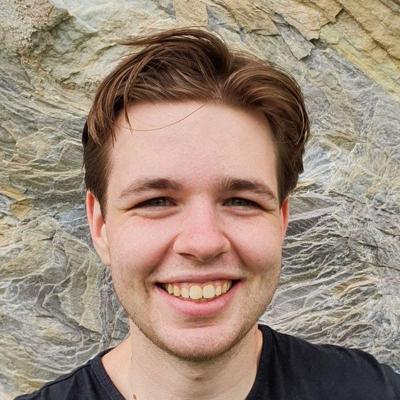 This is a vacancy for a Dutch position. Fluency of the Dutch language is required.

The Bit Academy is looking for developers and data engineers (in training) who would like to spend a (fixed) morning, afternoon, evening or day a week helping adults learn to program online as a community coach.
The Bit Academy offers an online training where you learn the skills of a junior data engineer or full stack web developer. At the Bit Academy, the focus is on learning by doing. The course material is structured in such a way that a participant can move through it independently. As a community coach, you make sure that you give participants a push in the right direction if they are not succeeding. You help these beginning programmers by explaining to them unfamiliar and complicated concepts in understandable language. You will also give live coding sessions via Zoom and you will help to develop new educational material. Read the full job description here.

Do you also feel like Cards Against Humanity could be improved upon immensely? The gaming committee is looking for fun ideas to give our Cards set for our board game nights some more flair, and we need your help! We are looking for fun (via related) ideas for question and answer cards. For example, a question card such as: "In a desperate attempt to attract more members, the student council is giving away free ___ ." Or an answer card such as: "a burnt SPAR-pizza". Are you feeling creative, then fill in this little form each time you get an epiphany, and perhaps you will find your brainchild(ren) at our next board game night!

On Friday, May 13, study association U.S.C.K.I. Incognito from Utrecht will organize a career fair! Come and visit the stands of Intellerts, OGD, ML6, Formorrow, DHL and Navara, in the hall of the Minnaertgebouw at the Uithof in Utrecht, to hear why you should come and work for these companies after you graduate, or just to receive some nice goodies :-). Click here for more information about the fair itself, or about the participating companies.

The To Dah Loo is the monthly newsletter that is posted on the doors of the toilets at Science Park 904. It is especially made for UvA Science Students and published by the Faculty of Science in cooperation with the Faculty Student Council. The online edition for April can be found here.

In this edition, among other things: the Online Minors Fair, a new FSR column, and Students for Sustainability.

Members wanted for the Cavia committee!

The Cavia committee is currently busy finishing the next almanac, but soon they will start work on the next edition of via's periodical: the Cavia. If you'd be interested in helping with this, as a writer, interviewer or designer, join the committee by signing up!

Artificial Intelligence in the city

Discuss and decide about the application of artificial intelligence in Amsterdam during the AI Work Lab on April 6, between 3 and 5 PM! During the Work Lab, you will discuss a concrete case about the use of cameras in the city.

An extra pair of eyes can sometimes come in handy. In Amsterdam, there are lots of extra eyes: cameras. These cameras are owned by the city, but also by the local supermarket, large international companies or your neighbor. The city of Amsterdam would like to know how many cameras there are in Amsterdam. To investigate this, images collected by a car with cameras on it will be analyzed. Based on the film footage, all cameras in the city are detected using artificial intelligence. But what about privacy when such data are collected? And is automatic mapping of cameras really a good idea?

Are you looking for an internship, or recently graduated and looking for an entry-level job? Of course, we have our own via job board, but the UvA also collects a large amount of vacancies from various organizations. Job Board is a vacancy platform exclusively for UvA students and alumni. The platform is managed by the university and the vacancies are checked for quality and relevance. There are thousands of organizations active on Job Board, including large ones such as Philips and Microsoft, but also many medium-sized companies and start-ups. In addition, more and more vacancies become available for study-related jobs, to gain some relevant work experience during your studies. Go to jobboard.uva.nl, log in with your UvAnetID and filter on Information Technology to start your search!